Solar PV & Immersion Heaters: How to Get Free Hot Water 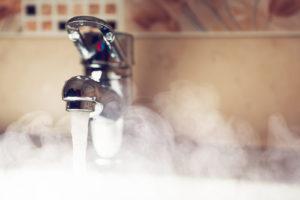 Did you know that solar PV panels will not only give you cheaper electricity bills, but could also power an immersion heater to provide you with free (or much cheaper) hot water? Read on to find out how.

Solar PV panels will often produce more energy than you can use in a day and, without a solar battery, your surplus will be sent to the National Grid. A solar power diverter will enable you to make use of this surplus energy, use it to power your immersion heater, and reduce your energy bills even further.

Here we introduce the solar power diverter and how it can maximise your solar savings by powering your immersion heater.

What is a Solar Power Diverter?

If you have a solar PV system there will be periods during the day when your solar panels are generating more energy than you can use, e.g. when you are out at work. Unless you have a solar battery to store this extra energy for use later, it will be automatically sent to the National Grid.

A solar power diverter constantly monitors the amount of electricity being generated by your system and compares it against how much energy is being used by your appliances. When it detects that there is an excess, it diverts this electricity to your immersion heater (an electric heating element in your hot water cylinder). This means you will be heating water for your home with free energy.

This means you won't export any of your surplus energy to the National Grid, you won't need your boiler to work as hard, and can buy less electricity from your supplier. Essentially, you will be maximising your savings.

Installation is usually very straightforward as a solar power diverter will work with your existing immersion heater (as long as it has a thermostat) and the supplier will include everything needed to make it work. The gadget itself looks a lot like a slightly larger heating thermostat.

What About the Feed-in Tariff Payments? 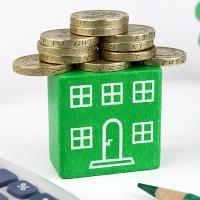 Well, while most solar panel installations include a generation meter to track how much energy is being produced, the majority of homes do not have a way of measuring how much is used vs exported to the National Grid. The result is that energy companies don't actually know how much energy you've exported, so they pay you 50% of whatever your generated energy figure is. So it doesn't matter if you send all, some or none of your solar energy back to the grid – you will still be paid the same.

In addition, the small number of homes which do have an export meter are paid around 5p for every unit they send back. When you consider they will have to pay nearly 3 times that to buy the same unit back from a supplier, there's not much incentive to export.

The logical conclusion is that you should keep hold of and use as much of your solar energy as possible. You'll still receive exactly the same Feed-in Tariff payments and you'll need to buy less energy from a supplier.

According to the Energy Saving Trust the average cost of electricity is about 13.33p per kWh in the UK (based on March 2018 figures). This means it costs around 40p to power a 3kW immersion heater for an hour. Based on this figure we've estimated some immersion heater running costs.

Clearly there are significant costs associated with running an immersion heater on standard electricity. If you can supplement your supply with free solar energy it's likely you'll see a significant reduction in your energy bills.

Several of the power diverters on the market include a user friendly display which tells you when it is diverting power to the immersion heater and how much this is saving you in energy. Some give you the option of viewing your savings for the past 7 days or month as well.

Here are some of the leading manufacturers of solar power diverters for immersion heaters in the UK. Solar iBoost are the most popular but as the technology becomes more and more well known other brands are releasing competitive products.

Heatrae Sadia are the manufacturer behind the leading unvented hot water cylinder, the Megaflo. They produce unvented cylinders which are solar PV ready and also offer the Megaflo Buddy which is their own model of solar power diverter.

What About a Solar Battery?

Installing a solar storage system (also known as a solar battery) is another solution to consider. Rather than diverting your surplus solar power to your immersion heater, the battery stores the surplus energy so you can use it at another time, i.e. when the solar panels aren't generating, e.g. at night or on a very cloudy day. Find out more about solar batteries.

What About Solar Thermal?

A solar thermal system is another way of heating water with solar energy but is a separate technology and process to that of solar PV panels. It also requires a solar compatible hot water tank. Find out more about solar thermal.

What is the Solar iBoost+? Costs, Benefits & FAQs