Solar inverters change the electricity generated by solar panels from direct current (DC) into alternating current (AC) so it can be used by standard appliances around the home. They are a crucial part of solar panel systems and there are a variety of types to choose from.

A solar inverter is an essential part of any solar PV system as it converts the direct current (DC) generated by the solar panels into alternating current (AC) so that it can be used to power electrical appliances.

Without a solar inverter, all of the free renewable solar energy being generated by the panels would simply go to waste.

There are 2 main kinds of solar inverter – string and micro – while you also now have the additional option of a hybrid inverter which also acts as a solar battery too. 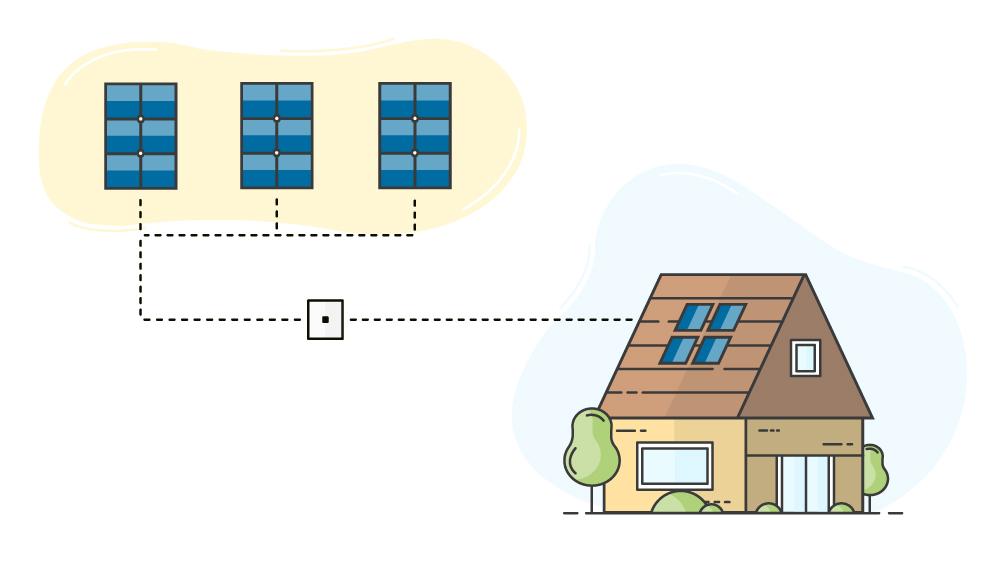 Also called central inverters, string inverters are commonly found in grid-tied systems and work with multiple solar panels wired together. These devices convert power for all of the modules at once, meaning if one panel in the system produces a reduced output it can be difficult to determine which panel is malfunctioning and influencing the entire system. There are however two big benefits to opting for string inverters: 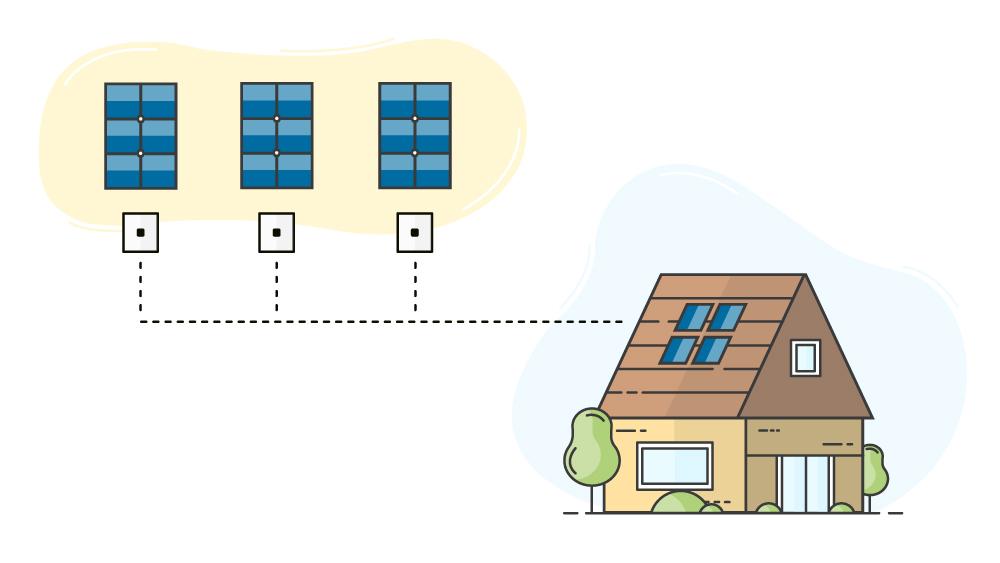 This kind of inverter works with panels on an individual level, with one inverter being installed on or behind each module.

Although they are more expensive, micro inverters come with many benefits:

As solar technology has developed there have been great advancements in solar inverters. In addition to converting the generated electricity from DC to AC, modern solar inverters can also double up as solar batteries.

While a solar inverter is essential for any solar PV system, a solar battery isn’t but they are still a valuable addition. Solar batteries store excess solar energy generated by the panels for use when the panels aren’t generating as much energy (such as in the evening or during the night).

How Efficient is a Solar Inverter?

Most solar inverters are about 92% – 98% efficient, meaning you only lose between 2% – 8% power when converting DC to AC. This amount will vary between the different makes and models available.

As there is some energy loss when the solar inverter converts the energy, you might want to consider having a solar system capable of generating more power than your home is likely to use.

How Much do Solar Inverters Cost?

Solar inverters vary in price depending on whether you’re having a string, micro or hybrid inverter installed.

Micro inverters might look like the cheapest option but remember that one needs to be fitted for each solar panel in your solar system. So if you have a 4kW system, this could mean 16 solar panels and if each micro inverter costs £200, that’s a total cost of £3,200.

How Long do Solar Inverters Last?

The lifetime of a solar inverter will vary between make and model but as a general rule of thumb you should expect it to last for at least 10-15 years.

Most warranties will cover 5-10 years for a string inverter whilst the majority of warranties for micro inverters are likely to be longer. Many companies will also offer extensions so this is certainly something to look into when you are having a solar system installed.

The life expectancy of a solar inverter is shorter than the solar panels (around 25 years) which means that you will probably need to have it replaced before your solar panels need replacing.

Solar inverter replacements should only be carried out by a qualified tradesperson and you can get free quotes from MCS certified (or equivalent) solar installers by using our simple online quote request form.

Fronius are widely considered one of the best manufacturers and their range of solar inverters backs that up.

Growatt is a trusted name for solar products around the world, with 1.3 million of their solar inverters installed in more than 100 countries.

Prime Hybrid Energy aim to deliver their customers with efficient renewable energy systems that will help achieve a return on investment.

SolarEdge inverters are some of the lightest on the market and can also achieve the highest levels of efficiency.