A housing association in Plymouth has upset many of its residents after electing to fell a number of large, “ancient” trees to increase the efficiency of surrounding solar panels. 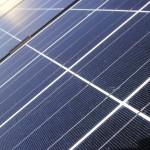 The “beautiful old trees” were chopped down after a contractor sought advice from the local council. But residents had been told that the job would involve a “little light pruning”.

Westward Housing Group targeted the trees on Hospital Road in Greenbank after realising that the efficiency of solar photovoltaic panels installed on homes in the area could be increased as a result. But after informing residents that the trees would be pruned, a decision was taken to remove them. Residents were horrified by the decision, which some described as a “massacre”.

Speaking to BBC News, Westward Housing Group explained: “We identified that some of the trees were reducing the level of energy that could be provided [from the solar panels installed on rooftops] and had planned to pollard the trees around Greenbank”.

The housing association’s spokesperson added that its contractor attended a meeting with Plymouth City Council, whose representatives recommended that the trees be removed. Unfortunately, residents were not informed of the development.

Resident Elaine McFadyen said: “The housing officer told me there was going to be a little light pruning, but instead they’ve massacred them. They’ve killed my trees.

“I do completely agree that the trees needed attention and some trimming, but what they’ve done is tragic”.

Westward Housing Group has promised to replace the trees with a more suitable species.

The efficiency of solar installations hinges on several factors. In the Northern Hemisphere, panels should be installed on south-facing rooftops. The angle of panels can also affect efficiency, but obstruction is one of the biggest causes of inefficiency in residential areas. It is also one of the easiest to remedy.

However a recent study by the Pecan Street Research Institute in Texas has found that solar panels in the Northern Hemisphere may be facing the wrong way. According to the Daily Mail a team from the scientific research institute carried out a study into solar panels on homes in Austin, Texas, and they discovered that systems facing west were capable of generating 2% more electricity.

Of course UK weather conditions couldn’t be more different compared to the humid subtropical climate of Austin, Texas, which averages around 229 days of sunshine annually. 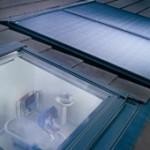