It may be one of the most innovative companies when it comes to producing the latest must-have gadgets, but according to a Greenpeace report Apple could do with being a lot greener. In the report, which was released back in April, the tech giant was outed as the least green of all the big tech companies.

However the company famed for its iPads and iPods is set to make the long overdue switch from coal to solar electricity, in a move which will see its huge east coast data centre go green.

Apple, according to local officials, has set in motion plans to build a solar farm adjacent to its 500,000 sq ft $1 billion data centre in Maiden, North Carolina, which will be used to store data for iCloud subscribers.

Chosen for its cheap electricity, North Carolina is home to a number of data centres, including those belonging to Facebook and Google. 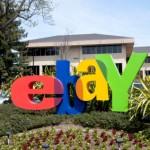 In an effort to help private homeowners get solar panels installed on their rooftops, Internet giant Google has made its…