The worlds most famous online auctioneering website eBay has announced plans to go green by building a new data processing centre which will be powered primarily by solar energy. The new data centre – which will be built in the Utah desert and should be operational by mid-2013 – will be run using a mixture of solar PV panels and fuel cells. Traditional electricity will only be used to back up its main power grid and the company will also be utilising biogas – an alternative to expensive fossil fuels and a byproduct of animal waste and landfills.

The company’s president and chief executive John Donahoe said technology-led innovation was was changing the retail sector and revolutionising the way in which people shop and pay. EBay’s ambition is to take that a step further and revolutionise how shopping is powered.

“Running our data centres primarily on reliable renewable energy, we intend to shape a future for commerce that is more environmentally sustainable at its core,” he added.

The new hub will be eBay’s biggest renewable energy system and it’s estimated will generate in the region of 1.75 million kilowatt hours of electricity every year by utilising its new power sources. EBay will be the first major tech company to use alternative power as the main source for its data processing facility.

Fuel cells are used to convert the chemical energy from a fuel into electricity and produce much smaller amounts of harmful greenhouse gases. Energy hungry data centres, known for being heavily dependent on coal-fired power, are much lambasted by environmental groups. Greenpeace for instance has been very vocal in voicing concern over the energy sources used in large data centres has praised eBay’s announcement.

The environmental group’s senior IT analyst Gary Cook said: “EBay is showing great leadership by installing fuel cells as the primary energy source for its new data centre in Utah to avoid the coal-fired electricity grid.”

He added that the likes of Amazon and Microsoft would “do well to follow in eBay’s footsteps.”

EBay is no stranger to renewable energy. Previous schemes have seen the installation of a 650 kW solar PV system at the company’s headquarters in San Jose, California as well as a 100 kW solar array at its Denver data centre. 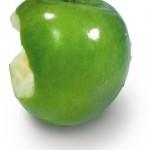 It may be one of the most innovative companies when it comes to producing the latest must-have gadgets, but according…