In light of the soon-to-be-launched Renewable Heat Incentive, the Microgeneration Certification Scheme (MCS) has made improvements to its method of calculating the financial benefits of solar water heating. 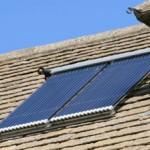 The solar domestic hot water energy calculation was published on 1 October 2013 and is aimed at contractors involved in the supply, design, installation and commissioning of solar thermal systems. The new method will be used to calculate Renewable Heating Incentive (RHI) payments for domestic renewable heat adopters when the RHI goes live next year.

Revisions to the existing Standard Assessment Procedure (SAP) method include the introduction of regional bands and the removal of one irradiation figure for the entire UK. Solar irradiance is the measure of how much solar power you are getting at a specific location. Another improvement sees the efficiency of back-up heaters – usually a central heating boiler – taken into account, which increases the consumer’s energy saving by a minimum of 30% per annum.

Commenting on the revisions, chief executive of the Solar Trade Association, Paul Barwell said the improvements to the energy calculations were welcomed, particularly since industry had been waiting for clarity since June, when the Department of Energy and Climate change published the proposed RHI tariff payments.

“At last, solar installers can put the benefits of solar heating under the domestic RHI in front of potential customers,” he added.

The RHI is due to be launched in spring 2014 and will pay out a minimum of 19.2p/kWh to eligible households who have installed a solar hot water system which meets the scheme’s eligibility requirements. Adopters also have until the end of March to take advantage of the Renewable Heat Premium Payment (RHPP), with a one-off grant of £600 available, which can be put towards the cost of a solar thermal system. The average cost of a system, according to the Energy Savings Trust, is between £3,000 to £5,000.

Solar thermal systems take the sun’s free heat and use it to heat up hot water and are compatible with the majority of existing hot water systems. If properly installed and used correctly the Energy Saving Trust estimates they can meet around 60% of a households hot water needs. From April to September a system should provide most of your hot water. 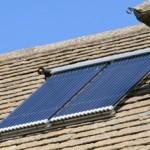 If you didn’t know already the domestic side of the Renewable Heat Incentive (RHI) is to launch next spring, and…