The Government has revealed that the UK’s Renewable Heat Incentive (RHI) will not be launched until October 2012.

Further details of the scheme have today been published, confirming that technologies such as solar thermal and ground source heat pumps are qualified by the scheme.

The launch of the RHI was originally pitched for April, and then June 2011. It has now been pushed back further to coincide with the Government’s Green Deal.

According to Government figures, the £860m scheme expects to increase green capital investment by £4.5 billion up to 2020, stimulating a new market in renewable heat.

Energy Secretary Chris Huhne, who launched the RHI, said: “Renewable heat is a largely untapped resource and an important new green industry of the future.

"This incentive is the first of its kind in the world.  It'll help the UK shift away from fossil fuel, reducing carbon emissions and encouraging innovation, jobs and growth in new advanced technologies."

Currently around half of the UK's carbon emissions come from the energy used to produce heat - more than from generating electricity. The RHI will reduce emissions by 44 million tonnes of carbon to 2020, equivalent to the annual carbon emitted by 20 typical new gas power stations.

Industry, commercial and public sectors will be eligible under the RHI to install technologies like biomass boilers, heat pumps and solar thermal. Community projects will also be eligible, provided a single installation is generating heat to more than one house.

Tariffs will be paid for 20 years to eligible technologies that have been installed since July 15, 2009 with payments being made for each kWh of renewable heat which is produced.

Tariff payments will start for homes alongside the Green Deal from 2012.

In the meantime, up to 25,000 installations from July will be supported by a new ‘RHI Premium Payment’ to help people cover the purchase price of green heating systems. Those taking up the premium will then be eligible for a RHI tariff from October 2012 when the Green Deal begins, as will anyone else who has had eligible equipment installed from July 2009.

The RHI Premium Payment will be worth around £15m and will ensure there is “a fair spread of technologies across all regions of Great Britain”.

There will be clear eligibility criteria in order to qualify for a Premium payment, including:

The Government is expected to publish details of the RHI Premium Payment and how this will apply in May. Consultations on the RHI tariffs that will apply from October 2012 will be carried out later in the year. 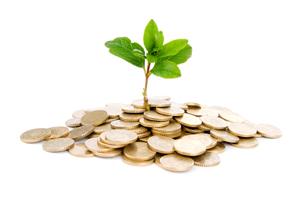 What is the Renewable Heat Incentive?