Over 11% of electricity generation in 2012 from renewables

In figures published last week, the Department of Energy and Climate Change (DECC) confirmed that 11.3% of electricity generated in the UK last year was from renewable energy sources. 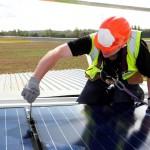 According to DECC’s report 41.1 Twh of electricity was generated by renewables, which is a 20% increase on 2011.  Cumulative installed renewable capacity hit the 15.5 GW mark.

Speaking to PV Magazine, DECC revealed that solar PV capacity last year increased quite significantly, with 0.7GW of new capacity added to the 1GW installed at the end of 2011. An increase which equated to a massive 70%.

It appears that the majority of PV projects were installed as part of the feed-in tariffs (FiTs); a Government scheme designed to encourage the installation of solar panels by paying out a set amount for each kilowatt hour of electricity renewable energy systems produce.

As revealed by PV Magazine, by the close of 2012 358,000 renewable energy installations were registered under FiTs in England, Scotland and Wales. Of that, 99% could be attributed to solar photovoltaics; most of which fell into the 0-4kW retrofit category – although the report did highlight a rise in the number of PV installations falling into the 10-50kW band.

The UK has established itself as a major player on the global photovoltaics stage and, according to DECC, is one of the top 10 markets for solar PV globally, due to a combination of falling solar PV costs and Government incentives which has led to significant market growth. 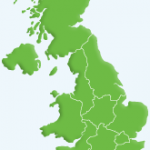 The South West of England seems to be something of a hotbed for renewable energy deployment, with renewable capacity in… 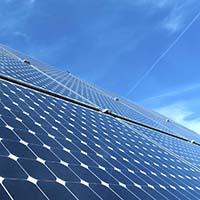 Solar PV is still popular with the British public, dominating the feed-in tariff (FiT) scheme for the number of renewable energy technologies…