Solar power may be booming in Britain, but the renewable energy industry has warned there is a very real possibility it could end up a victim of its own success.

With predominately all of next year’s £161 million budget under the feed-in tariff system already allocated to existing installations – and ministers seemingly determined to adhere to set spending plans – the future doesn’t look quite so rosy for solar investments.

Most of the funding will benefit owners who already have systems installed, creating a considerably reduced pot for new small-scale installations. Indeed, the possibility of a funding drought is the last thing the renewable energy industry wants to have to face.

Micropower Council chief, Dave Sowden, is just one leading industry figure worried about the industry’s prospective lack of growth. Voicing concern about the rigidness of the annual caps, Sowden believes the unexpected success of the feed-in tariff scheme will result in money running out far more quickly than ministers had originally anticipated.

“This could effectively put a brake on the growth of the fledgling solar industry, which has already been rocked by changes to the feed-in tariffs that will disadvantage bigger installations,” he said.

In response, the Department of Energy and Climate Change said they will continue to monitor the situation closely, adding that all of the tariffs in the scheme will be taken in to account during the forthcoming comprehensive review of the feed-in tariff.

The feed-in tariff has proved extremely popular since it was introduced in April 2010. So much so, more than 160MW of low carbon electricity has been generated between last April and June of this year.

Given the scheme’s unprecedented popularity, it would make sense to try and find a practical and suitable way to increase funding available for the uptake of microgeneration technologies. Mr Sowden, for example, is proposing that the Government could look in to reallocating money from the Renewable Obligation (RO) scheme.

Under the RO,  subsidies are available to large-scale generators of renewable energy, with next year’s budget likely to be in the region of £2.3bn. A budget, that is likely to be under-spent, not least due to electricity companies facing problems over planning permission for the likes of wind farms.

However, given the Government’s general reluctance to reallocate budgets, it’s just one suggestion that is likely to fall on death ears. 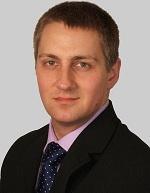