Greg Barker, the Minister for Energy and Climate Change has been accused of displaying 'breathtaking arrogance and ignorance' over remarks made on BBC's You and Yours programme concerning the current situation with domestic solar PV.

The programme discussed the collapse of the domestic solar PV market following the government's slashing of Feed-in Tariffs (FiTS) and the consequent shift by leading renewable energy installers towards commercial systems and away from homeowners. During the programme, David Hunt, who is a director of solar firm Eco Environments, commented that the number of domestic solar PV installations had fallen dramatically and that the potential return on investment (ROI) on solar PV systems would fall even further following the government's forthcoming cut of the tariff from 21p per kWh to 16p, due to be implemented from August 1st.

Barker condemned this analysis of the current situation as a 'travesty' and claimed that the number of installations actually growing. He then went on to promote solar PV services offered by the supermarket giant Tesco which he claimed was offering solar PV systems for as little as £6,500 compared to the £9,000 for systems installed by Eco Environments.

In response to the Minister's remarkes, Hunt then said: "Greg Barker is being totally disingenuous with his use of figures for installation costs. While our quote of £9,000 is for a 4kW solar PV system, the Minister's £6,000 cost is based on a system half that size. And, if anyone is offering a 4kW system for £6,000 they are not doing it because they want to - they are doing it to survive and live to fight another day. Greg Barker has once again demonstrated both breathtaking arrogance and ignorance at the same time."

Hunt went on to say that there is absolutely no evidence that the number of domestic installations is growing at the rate the Minister suggested, or that they will grow after the forthcoming cut in August.

"The only reason why it appears that there has been a small increase in installations is because orders fell off a cliff following the slashing of Feed in Tariffs in April" he said. "I am also staggered that the Minister chose to promote a conglomerate like Tesco at a time when the jobs of tens of thousands of workers at independent solar installers are either being axed or are in serious jeopardy. Mr Barker went on to say that he is forecasting over a million new installations by 2015 compared to the previous Labour Government target of 250,000, but he is living in a fantasy world if he really believes such a figure has any kind of foundation."

Mr Hunt then went on to suggest that the Energy Minister could have used the airtime to praise the efforts of companies such as Cold Move who recently installed the biggest roof-based solar PV project in the North of England with over 1000 Hyundai solar panels fitted on the roof of the company's Warrington site, almost half of the available roof space.

"Rather than looking to pick a fight over the collapse of the domestic solar PV market - a battle the Minister will never win" Mr Hunt said, "he could have used this golden opportunity to praise the efforts of companies such as Cold Move which are embracing innovative, multiple technology renewable energy strategies for their businesses." 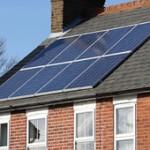 Never been a better time to invest in solar says Barker