2015 has seen a number of companies in the UK make headlines by adopting solar power and other renewable energy sources. From Costa's 'zero-energy' coffee shop to Marks and Spencer's 6.1MW solar array, we took a look at 4 of the biggest brands who have made a move towards sustainability this year.

Marks & Spencer has installed an enormous 6.1MW solar array on the roof of its East Midlands Distribution Centre located in Castle Donington. The system has the potential to generate around 5,000MWh each year, providing a quarter of the distribution centres' energy requirements and taking the title of the UK's largest single roof mounted solar panel array.

Director of property at Marks & Spencer Hugo Adams commented that '"The completion of this project is hugely exciting for everyone at M&S. It is the first significant step in a number of solar energy initiatives we are planning this year. The scale of the project demonstrates our ambitious goals and long term commitment to onsite renewable energy."

In 2015 Costa unveiled its first 'zero energy' coffee shop located in Telford. A sustainable timber frame, insulated façade, passive ventilation and solar PV panels come together to make the shop energy efficient. The measures put in place ensure that the building is naturally a comfortable temperature, minimising the energy needed to heat and cool it. Any energy that is needed for this purpose is actually generated on-site by the solar PV panels situated on the roof.

Costa UK and Ireland's managing director, Jim Slater explained that "This is an exciting first for coffee shop and retail design here in the UK and has the potential to transform not just how we build new stores at Costa but the industry far more widely"

Swedish design giant IKEA has taken plenty of steps towards embracing renewables over the past couple of years – from selling affordable solar panels to introducing a more environmentally friendly vegetarian alternative to its popular meatballs. This year IKEA reported that it has become energy independent in its operations in the Nordic countries (Sweden, Norway, Finland and Denmark), producing more energy from renewable sources than is used in its buildings. Currently the company uses both solar and wind generated energy to provide some of the power needed by stores across the UK.

IKEA continue to announced and implement renewable approaches, clearly outlined in a sustainability strategy and summarised by its online statement: 'We want to have a positive impact on the environment, which is why by 2020 we're going to be 100% renewable - producing as much renewable energy as we consume using renewable sources, such as the wind and sun. We're also making our buildings more efficient, so we need less energy to run them.'

A Waitrose dairy farm in Hampshire installed a 186 KWp solar array on the roof of its milking parlour to generate renewable energy. The system is expected to save 7 tonnes of CO2 each year and will help to power the milking equipment and lighting on site. 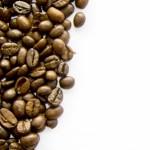 Probably one of the first coffee companies in the UK to install solar panels to generate their own electricity, a Scottish… 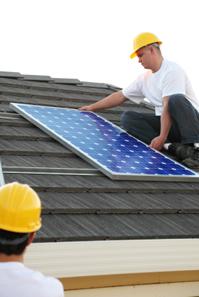