How do Virtual Power Plants Work?

What is a Virtual Power Plant?

The way energy is both generated and consumed has changed dramatically in recent years. Renewable energy generation, including solar and wind, has increased massively, while the use of coal, once the UK's main fuel source for energy generation, is on its way out.

As energy consumers, we're used to energy generation taking in place in one centralised location. This could be at a power plant, for example, where fossil fuels such as gas, oil and coal are burnt to generate electricity. However, times have changed.

Electricity generation no longer has to take place in a single location. Renewable energy generation technology has developed to such a point where it's more accessible and affordable than ever, particularly in the case of solar panels. So rather than relying on an energy supplier, consumers can generate their own free clean renewable energy.

With an ever expanding network of energy generators right across the UK, Virtual Power Plants are being set up to connect electricity generators, consumers and storage systems through a digital cloud-based network. The VPP continually monitors energy supply and demand to keep the reliability and efficiency of the National Grid at its peak.

How do Virtual Power Plants work?

During the course of the day, energy demand goes up and down. To meet this fluctuating demand, Virtual Power Plants have the ability to reduce the amount of energy being used in a certain location. These would be minor adjustments that would easily go unnoticed, such as the air conditioning in a building being lowered for a couple of seconds.

What are the benefits of Virtual Power Plants?

Virtual Power Plants are constantly monitoring energy generation and usage to ensure that demand can always be met. They can make almost instant changes when necessary to increase the reliability and efficiency of the grid. Some key benefits of Virtual Power Plants include:

The benefits will differ for energy consumers, generators and storage systems. For consumers, a VPP will manage your energy usage which could lead to lower energy bills. Energy being delivered to the property will be reduced and increased automatically which will benefit the grid as well as the consumer.

When the grid has reached its maximum capacity it won't need the excess electricity being generated by your solar panels. At this point, the VPP will automatically reduce generation in this case while also increasing energy sent to the grid when needed. Domestic solar energy generators will still be able to claim payments through the Smart Export Guarantee and could also earn additional benefits for being part of the VPP.

Are there any downsides to Virtual Power Plants?

Despite the seemingly many benefits that Virtual Power Plants have to offer the technology is being picked up at a very slow rate. This is largely due to a scepticism of an idea that's still in its infancy. Wide adoption of Virtual Power Plants is a big shift away from the traditional energy distribution methods.

As a consumer that's part of the Virtual Power Plant, it's possible that energy being used may be lowered for a very brief period of time when demand is high. This could involve air conditioning being lowered for a couple of seconds and while this is something that could go largely unnoticed it would benefit energy distribution.

Virtual Power Plants promote renewable energy generation by ensuring that the electricity generated by solar panels is utilised in the most reliable way.

As part of the Virtual Power Plant, solar energy that goes unused can be redirected to other properties in the area. This furthers the number of properties getting their energy from clean renewable energy sources, limiting the strain on the National Grid. Plus, with large scale energy generation often involving the burning of fossil fuels, this will see more properties getting their energy from clean renewable sources.

Contributing renewable energy to a Virtual Power Plant in this way could give solar panel owners another way to see a return on their investment in solar.

There are many benefits to generating your own renewable energy with solar panels. Namely, less reliance on your energy supplier and reduced energy bills. Through the savings made on energy bills, you could eventually see a return on your investment in solar.

For years, solar panel owners had been able to receive additional payments through the Feed-in Tariff (FiT). The FiT was a government funded financial incentive designed to encourage more homeowners to install solar panels. Unfortunately, the scheme came to an end in 2019 but has since been replaced by the Smart Export Guarantee.

With solar panels at their most affordable level and the list of benefits to installing them growing, there's arguably never been a better time to install solar panels. And with Solar Guide, you can get free quotes for the installation of solar panels from up to 3 local installers. By comparing multiple solar panel installation quotes, you can be confident that your new solar PV system is being installed at the most competitive price. 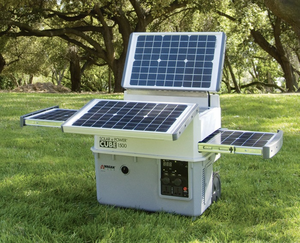