Faith in the renewables industry has been boosted, thanks to the results of a survey which strongly indicates a large proportion of the UK public is very much in favour of solar and other renewable energy technologies.

Compiled by YouGov and commissioned by The Sunday Times, the survey has revealed that a massive 74% of the population are in favour of more investment in solar power, and that just 6% would like to see less investment in the renewable form of energy.

Almost 1,700 people took part in the survey, and solar was far and away the favoured technology to meet he country’s future energy needs, with almost three quarters of participants.

Despite confidence in solar having taken a bit of a knock thanks to the Government’s proposals to cut solar PV subsidies, the results should at least go some way to reassuring the solar industry that interest in the once booming market still remains.

“Now we know three quarters of the public want to see more solar power. That’s not a surprise because everyday people get how empowering and exciting this technology is,” said the chairman of the Solar Trade Association, Howard Johns.

Mr Johns added that it while the results of the survey clearly indicate that the British public want to see more solar power and not less, the Government needs to play catch up if it is to secure the future of the industry.

Whilst solar maintained its popularity amongst the public, wind power was deemed to be the second most popular technology, with 56% of those surveyed saying they were in favour of more wind farms, as opposed to 19% who said they would rather see less.

When it came to nuclear energy generation, only 36% were in favour of using it to meet the UK’s future energy requirements. Fossil fuels performed even worse, with coal achieving just 16% support and oil a mere 10%. 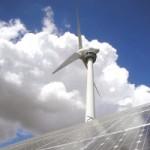 A YouGov survey, in association with the Solar Trade Association, has revealed that Brits are more in favour of solar…