Microgeneration Action Plan to Give Power to the People

The Minister of State for Energy and Climate Change, Greg Barker, announced the Government’s action plan for microgeneration at the Microgeneration UK Conference yesterday. 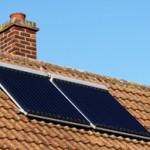 The Government’s microgeneration strategy was accompanied by an action plan – which was the result of industry collaboration and a public consultation – and is designed to give power to the people by encouraging homeowners and businesses to generate their own energy.

The strategy formalises the document released for consultation in December, and shows little change to the policies outlined back then, addressing financial payments for small systems, improving the Microgeneration Certification Scheme (MCS) process and addressing skills shortages in the industry.

During his speech, the energy minister referred to the recent review of the feed-in tariff (Fit), which he described as a difficult decision, but it had been the right thing to do, he said. According to the Government, the feed-in tariff scheme and the Renewable Heat Incentive (RHI) will provide the impetus behind the industry, and help drive costs down over time as technologies such as solar panels, micro wind turbines and small-scale hydro systems reach a critical mass.

The Microgeneration UK Conference was held over two days in London, and was organised by the Micropower Council in association with the British Photovoltaic Association and the British Heating and Hot Water Industry Council.

The future of solar in the UK isn’t shining quite so brightly today, following yesterday’s revelation that the Government is… 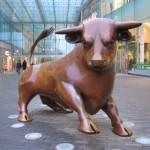 Last year’s conference sold out, and event organisers are hoping Solar Power UK 2011 will be able to expand on…