Sainsbury’s has installed almost 70,000 solar PV panels across 169 of its stores, in a move that has reportedly earned them the title of Europe’s top solar  generator with 16MW of capacity.

The supermarket giant has 572 stores in the UK and the solar systems will help the company reduce their carbon footprint by around 6,800 tonnes annually and lower their energy bills. Sainsbury’s will continue to roll out solar panels across more stores with the company aiming to reduce its operational carbon emissions by 30% by 2020.

Commenting on Sainsbury’s ambitious plans Chief Executive Justin King said the solar roll out goes some way towards the company meeting the  environmental commitments of its ’20 By 20 Sustainability Plan’ and that they are actively looking towards installing more solar panels.

“We believe the retail sector should take another look at solar energy as a viable way to reduce its impact on the environment. Supermarkets have the equivalent of football fields on their roofs, many of them underutilised. It’s a perfect time to turn that space into something positive,” said Mr King.

He added that the cost of solar energy for these types of commercial installations could very well reach grid parity in the next two to four years, which could herald a new solar industry boom.

Sainsbury’s really seems to be embracing renewable energy and is set to roll out geothermal heat pumps across 100 of its stores. The supermarket giant has already installed over 40 biomass boilers cementing its status as one of the UK’s greenest supermarkets.

“This major solar investment will make Sainsbury’s a greener grocer and gives a significant boost to the UK’s renewable energy sector,” said Craig Bennett Director of Policy and Campaigns at Friends of the Earth.

British solar manufacturer, UKSOL, have been in operation since 2015, delivering highly efficient solar modules with unmatched warranty periods. As… 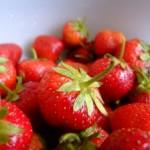 One of the UK’s biggest and most popular supermarkets has proven just how dedicated it is to energy efficiency, having…