There's no doubt about it, the price of solar PV is falling and probably will continue to fall over the near future. Many within the industry identify oversupply and production overcapacity as the main factors for falling PV prices alongside cost reductions achieved by improved technological innovation. 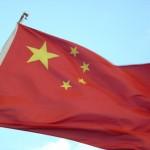 The continuing growth in Chinese module manufacturing is fundamentally a significant element with Chinese producers enjoying increasingly higher levels of investment in production capacity. As a result Chinese and Taiwanese solar PV companies have managed to increase production by 120 percent over the last four years, according to Asset Management Sustainability Research.

Some of this growth in production volume has been driven by Chinese government subsidy, but it is not exactly clear how much. An investigation by the US Department of Commerce indicates that the figure may be between 2.9 to 4.73 percent and consequently they have decided to levy an equivalent amount in tariffs to try and stem the tide of Chinese imports.

Some think that it is wrong to blame the Chinese solely for a downward spiral in PV prices. Nevertheless it is clear that the trend has produced a definitely marked effect in that the continuing fall in prices stimulated a surge in installations which has in turn forced European governments to impose cuts in Feed-in Tariffs (FiTS) rates.

The primary financial effect will be shrinking profit margins according to Gunter Weinberger, the Chief Exec of German Solar company Solar-Fabrik AG. Weinberger believes that the best strategy for European manufacturers is to achieve 'cost leadership' in particular areas. “We don't believe in fully integrated manufacturing because we consider the challenge to reach and maintain cost leadership in several value steps too extreme,” he says. "In fact, we prefer to buy cells from the cost leader in cells, who buys wafers and silicon from cost leaders in their particular field.  Anything else won't work out longer term."

An analyst at NPD Solarbuzz, Susanne von Aichberger, says that quality is a means of differentiating from Chinese competitors. "The European PV industry in general should focus on new high-tech markets where innovation is required, for example in the field of storage [and] smart grid applications," she says. Tim Murphy, another NPD Solarbuzz analyst, argues that government policy makers should reaffirm their objectives with regard to solar PV and either act to drive the market or let it go to Asia in the way that textiles have done.

Whatever happens the general consensus is that the European market will continue to suffer upheaval due to capacity expansion and price decline. If European companies can meet the challenge by adopting a particular strategy, such as niche development, this will improve their ability to compete in the global solar market.

As the European Commission prepares to levy importers of Chinese solar panels, more than 1,000 firms from across Europe’s solar…