Remember the sudden cuts to the solar feed-in tariff scheme back in December 2011? Around a dozen companies, who got together to seek compensation from the Government in 2012, are now celebrating after being awarded £132 million for damages to jobs and investments. 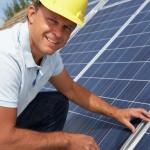 In December 2011, the Department of Energy and Climate Change (DECC) announced that it was to implement significant cuts to the popular solar electricity feed-in tariff, by slashing solar subsidies by more than half. It meant owners of solar PV systems up to 250kW would receive 21p for every kilowatt hour of electricity their solar panels generated. Prior to the cuts adopters of solar electricity were paid 43.3p.

In a ground-breaking ruling, after implementing what the High Court, Court of Appeal and Supreme Court had all deemed to be “unlawful and unfair policy changes” to solar subsidies back in 2012, the Government has been ordered to pay damages of £132 million to a group of 14 companies, including Viscount Solar Ltd, Ecovision, Freetricity and Evo Energy.

Initially the Government planned to bring the cuts into force for systems installed after 12 December 2011. But the decision was challenged in the High Court, who ruled that the Government’s decision was legally flawed because they hadn’t adhered to a proper period of consultation. It gave the industry a bit of a reprieve; the cuts eventually came into play from 1 April 2012.

During that year, an initial claim was launched for damages, with three companies seeking £2 million from the Government. But once more solar installers had climbed on the bandwagon, three became fourteen and together they sought £140 million between them.

According to industry estimations, around 6,000 jobs were lost as a direct result of the subsidy cuts. High Court Judge, the Hon. Mr Justice Coulson said he had ruled in favour of the claimants because they had “demonstrated an entitlement to damages”.

A spokesperson for DECC said they would be appealing the ruling.

Want to cut your energy bills? Looking for a great cost-effective investment? Did you know that a 2kW system can be installed from as little as £4,000? Read more about the benefits of installing solar photovoltaic panels.

Get free quotes from approved and rated Solar Guide installers and join the half a million UK households who have installed solar panels.