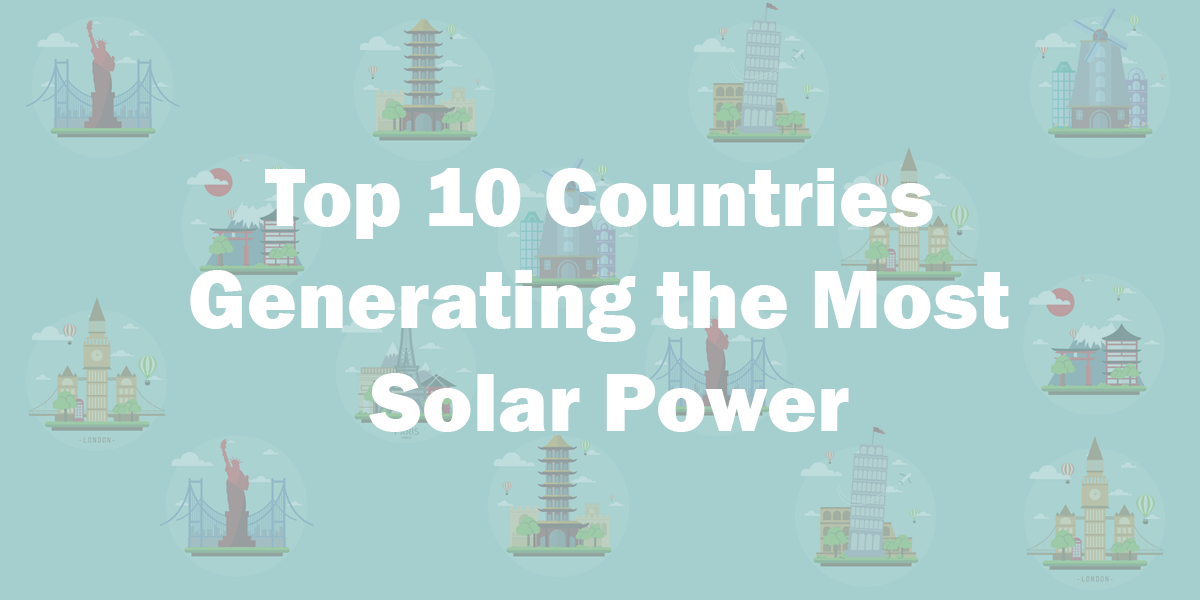 Solar power is an increasingly important form of renewable energy, with many countries setting targets to achieve a certain amount of solar generation in the coming years.

A total of 29 countries around the world had at least 1 GW of PV capacity at the end of 2017, here are the 10 countries with the highest capacity: 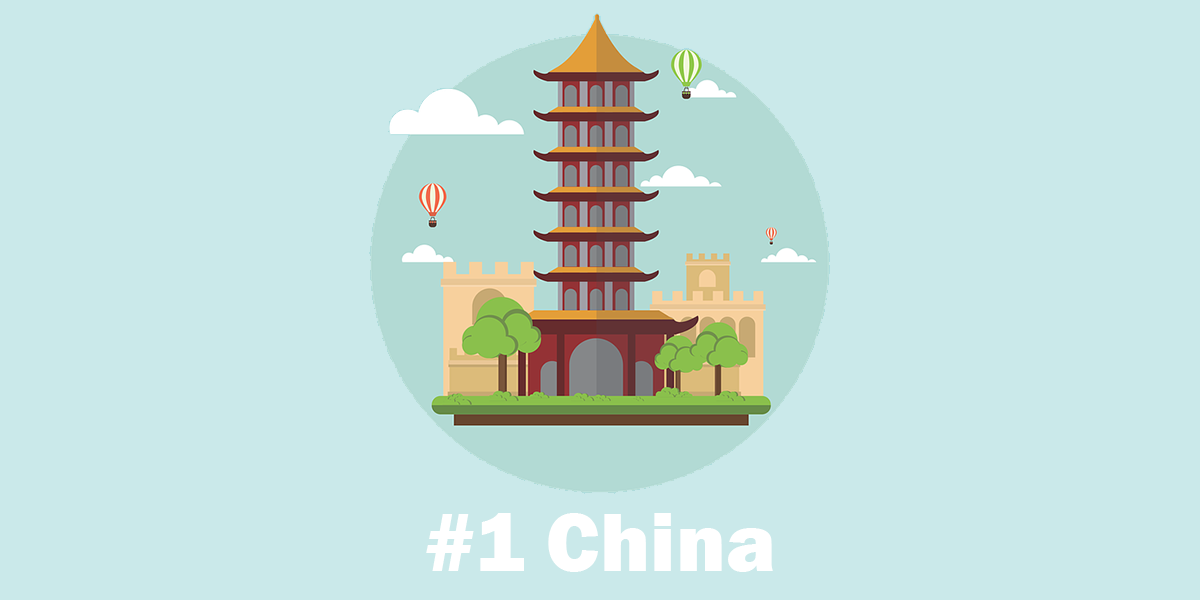 China – 1st
It's no surprise to see China at the top of the list, a country that's installing enough solar panels to cover a football pitch every day, as they aim to be generating 70% of their energy by 2050.

USA – 2nd
Solar PV panels as we know them today were invented in the USA in the 1950s but that head-start isn't enough for the USA to sit at the top of the table. California is the leading US state for solar capacity, contributing 23 GW of installed solar.

Japan – 3rd
Since the Fukushima nuclear disaster in 2005, 50 nuclear power plants across Japan have been left untouched. The disaster has seen the country turn to renewable energy, but with the country being mountainous and densely populated there isn't much room for solar panels.

Germany – 4th
The leading generator of solar power in Europe, and formerly the world, Germany is actually among the countries that receive the lowest hours of sunshine.

In Europe, Italy sits second only to Germany in terms of solar capacity and total electricity generated by solar power (Italy – 7.3%, Germany – 7.5%) in 2017.

India is one of the fastest growing countries for solar generation in the world and looks set to comfortably meet its target of 100 GW by 2022.

India has also become home to the largest solar power park in the world. Located in Kamuthi, Tamil Nadu, 2,500 acres of land is covered by 2.5 million solar panels which is generating enough energy to power the lives of 750,000 people.

The UK has dropped a place in the top 10 from 2016 and with the Feed-in Tariff now closed to new applications as of March 31st 2019, installing the renewable technology could become less appealing to homeowners.

They're looking to innovative ways they can generate more solar energy and opened the world's first solar panel road in 2016. Named 'Wattway', the 1 km stretch of road in Normandy is covered by 2,800 square metres of solar panels, with the energy being used to power street lights in the village of Tourouvre-au-Perche.

Australia could soon be climbing up the top 10 as they look set to potentially double their current solar capacity in 2018. The country has approved the construction of large solar farms and is seeing record numbers of rooftop installations.

However, the rapid increase in solar panel installations means that the Australian national grid is being sent too much energy. This is called 'solar spill' and happens during days when demand for power is low but generation is high and could end up causing blackouts. Ultimately, this could see a restriction on the number of solar panels installations across Australia unless more solar batteries are installed.

Spain – 10th
A few years ago, Spain sat at the top of this list but the introduction of a 7% 'sun tax' on homes with solar panels in 2012 has seen other countries not only catch-up but leave them behind. This tax was imposed on homes that have 3 solar panels, payments of around 70 Euros a month had to be made so that they could stay connected to the electricity grid, even if they only used energy generated by their solar panels.

The good news for Spain is that the new government (elected in 2018) is set to suspend the tax, which should encourage more homeowners to install solar panels in one of the sunniest countries in the world.

China has really asserted its dominance in the solar market, with more than double installed capacity of its closest rival, the USA.

During 2017, 98 GW of solar PV has been installed around the world, with China, almost unbelievably, being responsible for more than half of that total.

South America isn't represented in the Top 10 Countries for Installed Solar Capacity, however, Brazil installed enough solar PV during 2017 (0.9 GW) to feature this time around. Brazil has now passed an installed capacity of 1 GW, the second South American country to do so, after Chile.

Thanks to their ambitious national solar policies, in less than two years the price of solar PV panels in India…