Over in Tokyo there is now at least one building which is covered totally in solar PV panels, every wall and every inch of roof. The new Environment and Energy Innovation Building has just been completed by the Tokyo Institute of Technology, part of the Tokyo University and an institution which is held in high regard the world over. 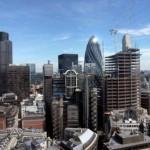 The panels essentially make the new construction partly self-sustaining in terms of its energy use with the total number of panels amounting to 4500 which collectively produce 650 kW of power. The solar panels are also supported by 100 kW of fuel cells. The building consumes 50% less energy from conventional sources than a similar construction without solar PV.

One of the most popular methods of covering a building with solar PV is Building Integrated Photovoltaic (BIPV). This is a technology in which the solar PV panels are actually built in to the building so that they become part of its structure. Usually this is achieved through windows and glass doors actually becoming solar panels in themselves so that the walls, windows and doors become solar PV. This helps to create massive savings in the cost of PV as well as the usual savings in energy bills. BIPV can also be integrated into the national grid as with other types of solar panel installation.

Over the past few years technological breakthroughs have meant that BIPV panels have become increasingly popular. The technology uses something called DSC (Dye Sensitive Cell) which has increased in performance efficiency such that it is now comparable to amorphous silicon (a-Si) PV modules but with more potential for performance improvements in the future.

A report by Nano Markets recently described a-Si as a "a real, albeit small and emerging, business" expected to grow from US$40 million in 2012 to over $500 million by 2015. However if the market really takes off it could reach $4.4 billion in 2019.

Two of the main attractions of DSC are its ability to perform in low light and its energy-harvesting capability.

Solar technology developed by a company in Cambridge could take center stage at the 2012 London Olympics. Polysolar, based at…