Solar ENLES Ltd launched its solar storage system at this year's Solar Power UK event in Birmingham and predicts that homeowners using the system may be able to meet up to 75 percent of their electricity needs.

The new SunBat storage system is available in a range of storage capacities from 9.6kWh to 15.8kWh with an additional choice between lithium or lead-gel batteries. A high power (6kW) inverter is incorporated into the system in order to cope with high demand when running on batteries. It also has an intelligent energy management controller which allows users to control how their stored energy is used and manages charging cycles to prolong the life of the batteries. The system can also act as a standby power system in the event of a power cut.

"As feed-in tariffs continue to decline and grid energy costs continue to rise, many people are looking for ways to consume more of the energy they generate for themselves" said Alison Courtnell, the Managing Director of Solar ENLES. "We believe that there is a lot of demand for green energy storage - SunBat has the potential to boost the sales of PV systems in the UK."

SunBat can be installed as part of a new solar project or retrofitted to an existing system.

Solar energy storage is the next big problem for the global solar PV sector, but it is also a crucial… 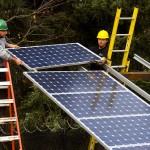 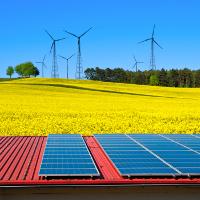