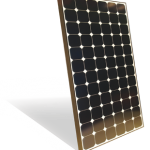 The prototype for the E20 was successfully developed using funds provided by the U.S. Department of Energy (DOE) under its Solar America Initiative, which was awarded to SunPower four years ago. The E20 efficiency rating was confirmed by the DOE’s National Renewable Energy Lab.

“SunPower consistently delivers the most efficient and reliable solar technology on the market, guaranteed to deliver the greatest return on investment to our customers.”

SunPower’s E20 series of solar panels will be available in Europe and Australia later this year, with availability extended in North America and Asia early in 2012.

A global leader in high-efficiency solar solutions, the SunPower Corporation is based in San Jose, California. 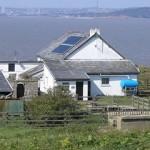 The dollar cost per watt of solar PV has fallen by 7% per annum over the last 30 years. An…