Scientists at Cambridge University are studying light harvesting proteins to see if they can provide breakthroughs for solar PV and other devices. Researchers at Cambridge University are studying light harvesting proteins in deep sea bacteria to see if they can provide insights into ways of making solar cells more efficient.

The bacteria under study, particularly Green Sulphur Bacteria, use quantum mechanics in order to convert light into an electrical charge. Some of them can convert as much as 100% of the light they absorb into electrical energy and because they live almost a mile beneath the surface they have learned to absorb even small traces of light which they use very efficiently. The bacteria contain proteins that possess properties similar to a quantum-wave which transport energy during the early stages of photosynthesis and researchers have found a mechanism in pigment-protein complexes (PPC's) that prevents the light from dissipating as it does so. It does this by reversing the flow of escaped energy and using molecular vibrations to re-energise it.

"Once the detailed structure of the protein vibrations was included in our simulations, we found that the energy of the excitons does not just continually decrease as they are funnelled towards their final position - something you might expect in the complex thermal conditions found in biological systems," explains Dr Alex Chin, from Cambridge University's Winton Programme for the the Physics of Sustainability. "In fact, our research suggests that these natural PPCs can achieve 'hot and fast' energy transfer - energy flows that prevent complete cooling to the temperature of their surroundings - which has been proposed as a way of improving solar cell efficiency beyond limits currently imposed by thermodynamics."

As more and more basic low efficiency panels become commoditized so solar companies have been keen to improve the efficiency of solar cells, thus reducing the number of panels needed in a typical solar PV array. Some companies, such as Alta, have managed to produce solar panels that are 28% efficient, but they tend to be very expensive and many of them are still under development.

Some of the key issues under discussion in the solar power sector appear to have been solved by Green Sulphur Bacteria and so it is entirely possible that by studying them researchers may find a way to increase the efficiency of solar cells. The findings from the research so far have been published in the journal Nature Physics. 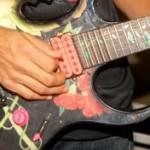