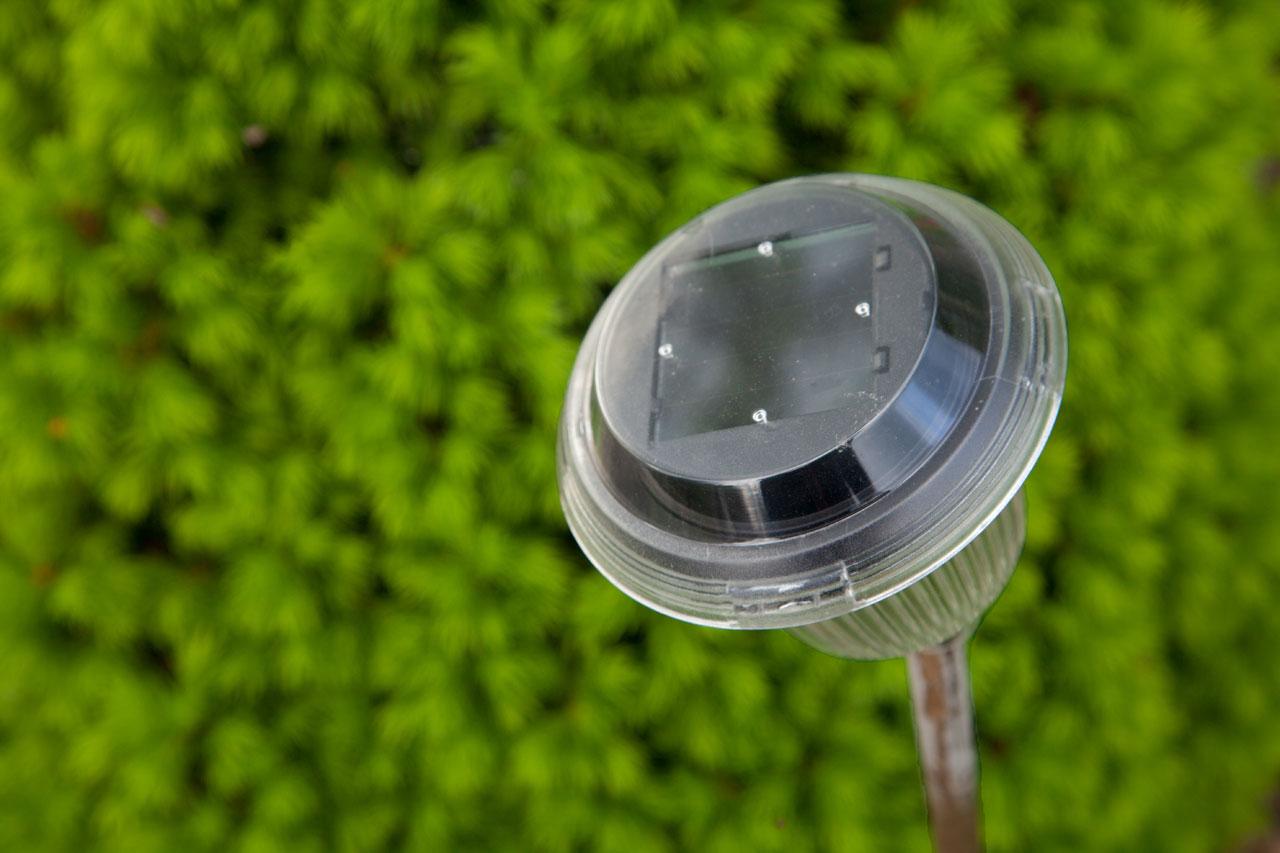 Solar garden lights operate in a similar way to solar panels – both work through the photovoltaic (PV) effect. The biggest difference is that small scale solar garden lights use the energy generated throughout the day to charge a battery which it then uses to power itself at night.

Traditionally outdoor solar lights will use a crystalline solar cell which sits on top of the light but they can also use a separate panel wired into the light which can be laid or staked into the ground. You can also purchase solar garden lights that use an amorphous cell but these tend to be a lot more expensive.

A step by step guide to solar garden lights

During the winter months you might notice that your solar garden lights don't perform as well and in many cases aren't even active for most of the evening. This comes down to 2 main reasons.

Firstly, winter days are much shorter and often overcast meaning that the solar panel on your garden light is not able to generate as much electricity. Secondly the photoresistor is designed to switch the light on when it detects little to no light - since the evenings tend to start a lot earlier in the winter months the light will switch on much earlier, often draining the battery within a couple of hours.

The only real way to avoid this is to invest in a solar garden light that uses an amorphous solar cell combined with a larger battery. Amorphous cells are known to be more efficient than the crystalline cells typically used in solar garden lights and can generate more electricity in the same circumstances (which can be stored in the larger battery).

There are numerous different types of solar PV panels with differing characteristics, costs and benefits. But there are just 3…

Solar panels have been around for sixty years and, with development ever increasing on the functionality of them, are seen…

We’ve put together a glossary of solar terms and definitions including types of solar power, materials and renewable incentives. Whether…