Solar cells that can generate energy from rain developed 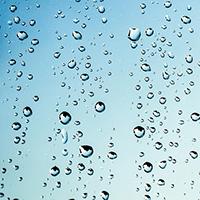 Scientists from the Ocean University of China have developed a solar cell which can generate power during periods of rain.

The research team were able to achieve this by coating a solar cell with a whisper-thin film of highly-conductive graphene which reacts with ions in the rain to generate energy. The Register explained further how the process works 'Key to the operation of the graphene is impurities in rainwater, particularly salts which disassociate into positive and negative ions. It’s the positive ions that bind to the graphene, in sufficient numbers to produce a charge and a current.' The solar cell can also generate energy from the sun using existing technology.

The working model currently achieves a 6.53 percent conversion efficiency when tested with simulated raindrops under 1.5 atmosphere thickness irradiation. The researchers believe that the development "can guide the design of advanced all-weather solar cells."

Whilst the technology is currently still in a development stage, if it was applied to solar systems in rainier climates in the future, this could help to defeat the periods of lower generation during rainy weather.

This news comes shortly after the development of a transparent wood which could be used for solar panels. Researchers at Stockholm’s KTH Royal Institute of Technology were able to create a type of wood veneer in which the wood's lignin is chemically removed and replaced with a transparent polymer.

Lars Berglund, who led the research explained why the development could be used in solar panel production “Transparent wood is a good material for solar cells, since it’s a low-cost, readily available and renewable resource,” “This becomes particularly important in covering large surfaces with solar cells.” 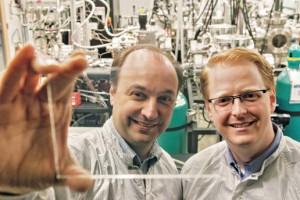 Scientists have been researching and developing transparent solar panel technologies for decades, but only recently has such a truly transparent… 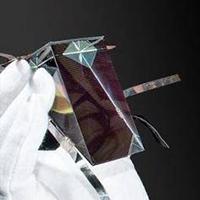