PV is the leading renewable in Europe for 2010

In 2010 solar photovoltaics saw the highest ever capacity growth in Europe. The news comes just as photovoltaics is reported to be the most popular renewable technology in the UK by Ofgem.

At the end of 2010, the cumulative installed capacity of PV in the EU amounted to more than 28,000 MW, with an energy output that equals the electricity consumption of around 10 million households.

Ingmar Wilhelm, president of EPIA, the European Photovoltaic Industry Association, said: "The growth of PV has simply been impressive in 2010. Decreasing cost, new applications, strong investor interest and continued political support have contributed to this development, making PV the number one green technology in terms of capacity addition in Europe.

"PV has become an established technology, which is contributing to the progressive decarbonisation of our energy mix and which should be further exploited by Member States to reach their 2020 renewable targets."

He continued: “More than 70 per cent of all new installations come from small and medium-sized PV systems. PV is in fact the people’s choice in renewable technologies as they can participate directly and contribute personally to a better environment.”

For the second year in a row, Germany has been the global PV market leader, adding over 6,500 MW of new installations to the already existing 9,800 MW of PV systems. For the first time, the yearly installations in Italy and Czech Republic surpassed 1,000 MW. These countries were followed by Belgium, France and Spain, all of which saw very significant volumes in 2010.

EPIA secretary general Eleni Despotou added: "Supportive policy measures for the further roll-out of PV should continue to play their important roles in the years to come. It will therefore be crucial to design coherent national roadmaps for the development of PV on the way to achieving full competitiveness as soon as possible. Regular, necessary adjustments to the regulatory framework should be announced in due advance and administrative procedures should be simple and transparent.

"These would benefit the predictability of any investment decision and bring substantial cost savings at the same time.”

According to the latest EPIA estimates, over 3,000 MW of new PV installations were outside Europe in the year 2010. The main contributors come from Japan, the US and China. The data also show that, despite the huge PV potential especially in the sunbelt countries, lack of political support still hampers the growth of these markets. 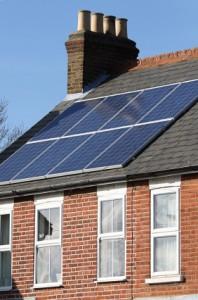 The European Photovoltaic Industry Association (EPIA) has warned the UK Government to act with care to avoid creating market uncertainty.…

Figures published by the European Photovoltaic Industry Association, one of the most powerful voices of solar PV in Europe, have revealed that… The European Photovoltaic Industry Association believes that with the right policy conditions based around support from governments, solar PV could…